The history of the Honda brand is nothing more than the history of our challenges and achievements in creating values, invariably ahead of our time. It is also the history of the dreams of each of our associates that have come true and have been shared by people around the world.

Honda Motor Company Ltd. formally established in 1948 with its co-founders Soichiro Honda and Takeo Fujisawa and introduces (in 1949) its first original designed and engineered product which Mr. Honda appropriately names the “Dream” D-type motorcycle. The close partnership between Soichiro Honda and Fujisawa lasted until they stepped down together in October 1973.

In January 1953, Honda moved its Head Office, the site of today’s Honda Yaesu Building. That same January the company bought a 100,000 square-meter site at Yamato-machi, Saitama Prefecture, and started construction of the Yamato Plant. In April the Shirako Plant was completed and started full-scale production.

Honda Power Products operations started with the desire to apply engine technologies in ways useful for people's daily lives and work situations. Beginning in 1953 with a general-purpose engine developed for agricultural equipment, the power products business has now passed its 60th year of offering an ever-expanding set of products including generators, tillers, snow throwers, and outboard engines. 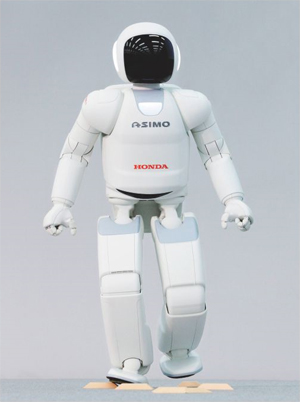 In the year of 1962 Honda began to produce automobiles. Honda Motor Company grew in a short time to become the world's largest manufacturer of motorcycles by 1964. The introduction of the 4-cylinder Honda CB750 in 1969 brings a new level of sophistication to mainstream motorcycles. Over the next few decades, Honda worked to expand its product line and expanded operations and exports to numerous countries around the world.

Honda launches Acura in 1986, the first luxury nameplate from a Japanese automaker, with sales of “precision crafted performance.” "Utilizing technology to help people", Honda has been conducting R&D on humanoid robots, to realize the dream of being useful to people and to help enrich our human society and people’s daily lives. The wide-ranging technologies and experience cultivated through this challenge also have been applied to other products, leading to various initiatives with the aim of creating totally new value.

ASIMO, which stands for Advanced Step in Innovative Mobility, is one of our forays into advanced humanoid robot design introduced by Honda in 2005. Conceived to aid those with limited mobility, ASIMO will go on to become one of the most popular Honda public-facing personalities.

1995 it gave rise to the Honda Aircraft Company with the goal of producing jet aircraft under Honda's name.The result is Honda Jet Cleared For Takeoff in 2015. The highly anticipated HondaJet achieves type certification from the Federal Aviation Administration and enters into service. First customer deliveries begin just two weeks later.