BHL sold more than 1,500 units during the first month in Bangladesh. There had been huge response to newly launched CB Hornet and received large booking orders from young customers. The waiting booking customers were promised for faster delivery with extra working hours at BHL production facility at Sreepur, Gazipur to reduce delivery time.

Along with CB Hornet , BHL showcased its 150cc to 165cc class models CB Trigger , Honda X Blade 160R, CB Unicorn 160 and CBR 150R that are relevant to Banagladesh people’s taste. Some of these models may be planned for Bangladesh based on customer acceptability by BHL in its future model line up.

Honda vision for Bangladesh to provide affordable mobility was reinforced with “Bodle Felun Jiboner Goti” campaign . The most popular & afforadable CB Shine, Livo & Dream Neo were present to attract the mass segment customers during the motorshow.

Speaking at the occasion , MD Mr Yoichiro Ishii shared “ Honda is world wide leader in affordable mobility and with same vision Bangladesh Honda ( BHL) is  investing in products , services to ‘Change the Life’ and contribute to society with affordable mobility solutions. We are thankful to all customers for their enthusiatic response to Our Newly launced CB Hornet 160R . We have huge booking and now working hard to serve these waiting customers quickly before the Eid season”.

Powered by a 163cc engine, the CB Hornet 160R boasts 15.3 ps net power and 14.76 nm torque, as most admirable in this segment. The long stroke advanced engine with a compression ratio of 10:01, is designed to deliver good low end torque and delivers the right punch of power. Further, its engine is equipped with a counter balancer for smoother performance. Honda CB Hornet 160R is top end sports motorcycle in Bangladesh with outstanding fuel efficiency, mono-suspension power & AHO for safety in roads using the latest technologies by Honda. The retail price of the CB Hornet 160R is 199,800 BDT Honda X-Blade is the latest edition of Honda which is as sharp as a razor blade. The 160cc bike gets a razor-sharp design and first-in-segment Robo-like face. Some notable features of the X-Blade include a full LED headlamp, LED tail lamp, all-new digital instrument cluster with a gear shift indicator and a service reminder, the bulky and sculpted fuel tank of capacity 12-litres, dual outlet muffler and split grab rail. Powering the bike is air-cooled 4-stroke 163cc engine that can produce a max power of 14 Ps at 8,500rpm and a peak torque of 13.9 Nm at 6,000rpm. The engine is mated to a 5-speed gearbox. It is expected to yield a mileage of 60kmpl*.

Based on a diamond-type frame, it rides on telescopic front forks and rear monoshock absorbers at the rear. The Honda X-Blade is equipped with 17-inch alloy wheels in which the front gets a 276mm disc brake while the rear comes with 130mm drum brake. 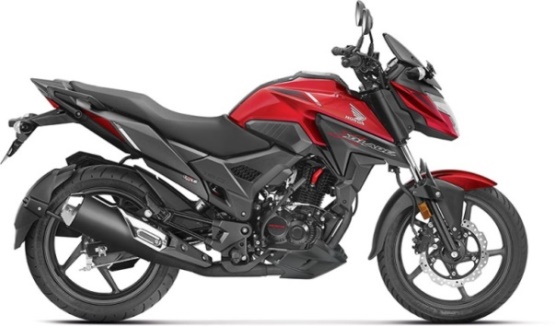 The CB Unicorn 160 is the strongest model of Honda with the basic styling and design. CB Unicorn has four stroke engine, single cylinder, air cooled, 163cc engine with which it originally debuted. It is now delivers 10.31KW of power and 13.92Nm of torque. The Honda CB Unicorn 160 was the first mass-market motorcycle to feature a mono-shock at the rear, which it still hides beneath its skin, with conventional forks at the front. While the 240mm disc takes care of braking at the front, the rear has a 130mm drum brake. It has a claimed a top speed of 106kmph. The CB Shine is a 125cc elegant executive motorcycle developed by Honda for the mass market segment. The CB Shine caters to a segment of buyers who look for premium looks and expect balance of performance and fuel efficiency. This Coupled with Honda’s refinement and reliability makes the CB Shine a solid all round packages.

The CB Shine gets some nice graphics that can be seen running all over the fuel tank and a 3D Honda emblem on the fuel tank gives it a distinct style. The motorcycle gets a lightweight advanced diamond frame and is powered by 124cc single cylinder air-cooled Honda Eco Technology (HET) engine. The engine churns out 10.3 Ps at 7500 rpm and 10.54Nm at 5500 rpm and is mated to a four speed gearbox. The CB Shine gets spring loaded hydraulic suspension at both the front and rear, along with 18-inch wheels. The CB Shine gets 240mm front disc and 130mm rear drum. CB Shine is now available in two exclusive colors at a retail price 146,000 BDT. 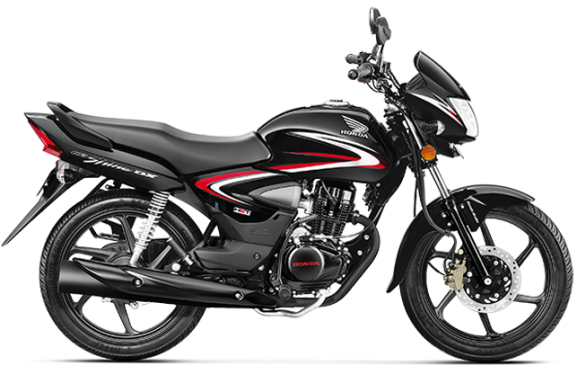 Dream Neo, the new bench mark in fuel economy & evergreen decent style , is powered by 110cc HET engine, that delivers 8.4 Ps power and comes mated to a four-speed gearbox (all-up pattern).  and has drum brakes both at the front and rear. With a fuel efficiency figure of 74km/litre , 720mm long comfortable seat, 179 mm high ground clearnace and tubeless tyres , Dream Neo has become most sought after choice of practical & mature customers in Bangladesh.  This is Honda's most affordable bike in exceutive segment in Bangladesh with  retail price of 114,500 BDT. 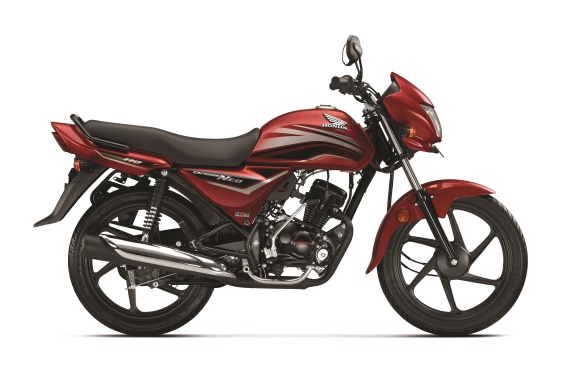 Livo a young aspiring model Launched in 017 in Bangladesh. BHL ushered in the ‘Time to Live’, unleashing the new 110cc “LIVO”. Young generations of our society are aspirational and want to achieve their dreams with self-esteem. LIVO is the curtain raiser of Honda’s aggressive pace of new and exciting motorcycle models line up for Bangladesh.

The single-cylinder, 110cc, air-cooled engine produces 8.3PS at 7,500rpm and 8.6Nm at 5,500rpm, mated to a 4-speed gearbox. For suspension, it uses telescopic forks at the front and adjustable dual shock absorbers at the rear. For braking, the commuter employs 130mm drum brakes at the front and rear. You can also choose to get a 240mm disc at the front. The bike gets 18-inch wheels shod in tubeless tyres. The Livo returns a claimed mileage of 70kmpl with a fuel tank capacity of 8.5 litres and reaches a top speed of 86kmph. The bike is extremely light and the disc variant stands at a kerb weight of 111kgs. Livo is  available in two variants Drum Brake & Disc Brake Version. The retail price of Drum Brake varient is 130,000 BDT and Disc Brake is 135,500 BDT. 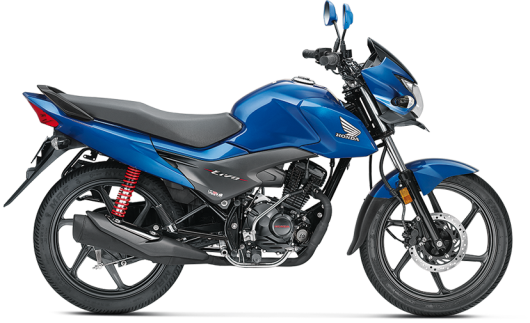 DIO - ( Not for Sales in Bangladesh)

Cosmetic upgrades for the new Honda Dio include two white position lamps on the front apron and an LED strip on the handlebar. The rear section also gets a re-designed tail lamp, although it isn’t an LED unit. A wider seat makes it more comfortable for the rider and the pillion, while a mobile charging point under the seat improves convenience. Auto headlamp on (AHO) feature is also offered as new global safety on the road.

Powering the Honda Dio is the  110cc single-cylinder engine that delivers 8.1 Ps power and 9Nm of torque through a CVT transmission. The Dio rides on a bottom-linked front suspension and a rear monoshock. The 10-inch wheels of the Dio are shod with tubeless tyres. 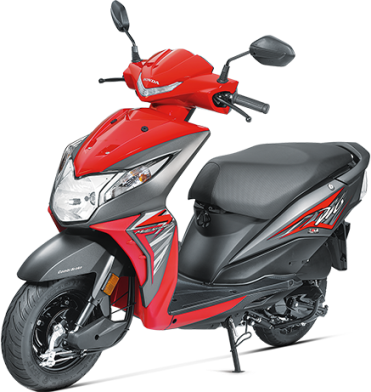